What to do in a bus station

Home | Blog | What to do in a bus station

As daylight percolated through the bus station windows, the station guard asked us to rise. We were woken up twice before: with each guard change, to ensure we were waiting on a bus and not just using the station as a bed and breakfast.  Slowly we gathered our belongings and headed outside for the first time.

It was the first time since we got to Santiago that we didn’t have to search, buy, or schedule car/bus/plane pick-ups. We were free to explore!

We made our way to a close by park. It was the closest to nature we have been for a while. It was summer in Chile!  We came from a harsh winter in SLC with frozen roads and fresh snow.

We set-up a slackline and played acro for a few hours. We slept a little longer on the grass while the sun warmed our backs. It felt like heaven. We contemplated our long journey, our mishaps and the race to come. We were excited to finish with all the travel and to start focusing on the Patagonian Expedition Race.

Hunger and thirst came and we strolled our way to the closest market. White bread and cheese never tasted so good. Chocolate ice-cream appetizers nourished our bodies and souls.  With full bellies we strolled back to the bus station. Internet connection was required since we still had to figure a way to get from the bus station in Puerto Montt to the airport.

Taz (the team captain) was dealing with this issue. He contacted a truck driver in Puerto Montt. The plan was simple: Pick-up at Puerto Montt.  Deliver to Airport. All the pieces of the puzzle were in place.

Waiting 24+ hrs in a Chilean bus station is not an easy task. There was not a single comfortable seat and we were not allowed to lie on the floor. Internet was completely gone by now and the station TV was only showing the Chilean version of ‘People’s Court’. At least we were able to charge our devices from the single live outlet we found although the internet was very spotty.

Boredom came fast and we decided to entertain ourselves and other fellow companions in the station. Sam and I started doing acro. We were having the practice of our lives!  Our bodies wanted and needed all this action. We were deep into our practice when a guard came and asked us not to do ‘that’ in ‘here’.

As I was explaining to him that we were not asking for money and gentleman handed me a 1,000 CHP note!  What was a supposed to do?!  Said Thanks! And moved on. We only needed 799 more of those to recover from our losses. Perfect timing!

After being denied our acro  we continued entertaining ourselves as well as we could. We played: Ninja Destruction, Coin Soccer, Coin Basketball and invented a coin game that included the use of hair bands. It was amusing for us and for children and adults in our surroundings.

Nighttime came and with it the time to board our bus to Puerto Mont.  But the bus was not there.

Next: The Bus, The Bike Box and The Truck 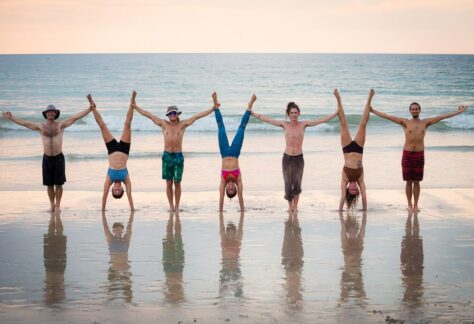 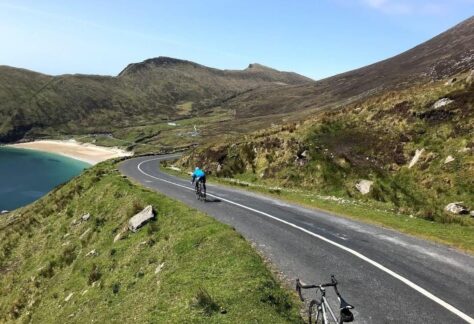 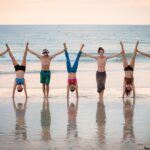 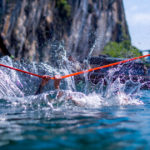 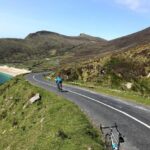