After living in the Peace Love Car for over 5 years, Sam and Raquel decided to invest in a new and bigger vehicle. To some, what they decided to purchase is none of that. Here is the story of how they purchase a 1988 Mitsubishi Delica and their first road trip.

We bought the Delica before we had any major knowledge or experience working with diesel engines. At the time we knew we needed more space to live. Raquel had had it with squeezing in the small Peace Love Car bed. Her request was a ‘new’ home that: 1) had a bed wider than both of our shoulders, 2) had air conditioner.

After a few days searching we found what seemed like the perfect vehicle.

The van was in Vermont, we were in Michigan, and we happened to be flying to a festival in Mont-Tremblant, Canada. We thought that could be a good first road trip to test this vehicle.

We trusted our adventurous instincts and sent a $500 deposit to hold the van. Knowing that it pretty much meant we will be buying the van on site. Yes, we were going to test drive it… but really, we were putting ourselves in a ‘there’s no other option’ situation.

A few days later, we boarded a one way flight to Vermont. We took with us our tool box, and a few mechanic essentials. Plus the usual road trip adventure gear: extra batteries, chargers, bluetooth speaker, headlamps, sleeping pads, sleeping bag and a small assortment of camping kitchen gadgets.

The previous owner met us at the airport. We drove over a few bumps and pretended to look around like we knew what we were doing. We were concerned by the previously undisclosed rust. The sunroof was sealed shut and there was visible rust in the body and undercarriage. Nonetheless, we decided to purchase the van on the spot. An interesting decision given the result of our previous van purchase.

The Delica van came with a bad alternator, which we were warned about. Our first order of business was purchasing two car batteries and a charger in Walmart. We were able to drive for a full day before we had to stop and recharge at random gas stations.

The one problem this created, was asking for an outlet to charge the starter battery. People kept trying to have us use their electric car charger, and couldn’t understand that all we needed was a few hours of 120 volts.

We have been denied into Canada before. Reason: incorrect work permit. This has forever complicated our entrances into Canada. We know, we will be questioned, asked for permits, searched and questioned some more.

As expected we were asked to pull over so they could search our vehicle. This resulted in the most exciting part of the trip, since we couldn’t turn off the van. We had forgotten that the van has a turbo cooler. Meaning that after turning off the engine and even after removing the key, the van will stay on for a determined amount of time. It was set to 1 minute. Which seemed like an eternity.

After being yelled over an over to turn off the vehicle, hands on holsters, and us claiming we did, the van turned off, and we felt like we had survived to live another day. The border guards were not very happy about that. Or with the fact that we had two car batteries jury rigging in the passenger’s foot well.

We managed to convinced them to let us in. Luckily Delicas are common in Canada. We told the guards we were going to purchase an alternator in the next town – which we were trying to do! – and that we were going to drive safely – which we always do.

After that, it was a mellow drive to Mont-Tremblant and from there back to Michigan. Other than stopping at night to charge the only exciting part of the trip was sleeping in our new huge vehicle, dreaming and daydreaming about converting it into our new home on wheels. 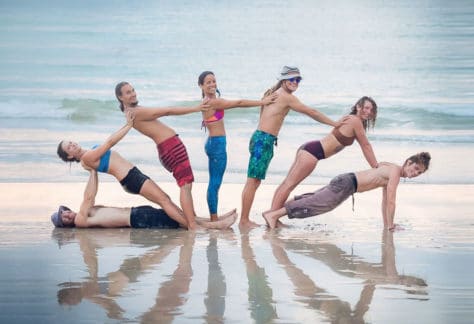 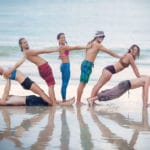